Should you deploy a Shared VPC in GCP?

Are you a Google Cloud Platform user who is considering implementing a Shared VPC in your organisation?

The official docs [1] from Google outline the use-case for Shared VPC and list the advantages.

I couldn’t find a post anywhere that lists the disadvantages, complications and pitfalls. I aim to address that here. But first the benefits…

Usually each project in a GCP organisation will have a VPC deployed within it. In fact, GCP automatically creates a “default” network in each new GCP project with a subnet in each region.

In contrast, a “Shared VPC” is deployed into a central “host” project and shared with other “service” projects.

This model has several benefits:-

All of this makes Shared VPC very attractive for enterprise customers looking to leverage the benefits.

When not to use Shared VPC?

It’s important to understand that Shared VPC is not a free lunch. When might you not want to use a Shared VPC?

Some products simply are not compatible with Shared VPC or there are complications. Let’s look at some examples…

Applications deployed into App Engine Standard cannot connect to resources deployed in a Shared VPC using private internal IP addresses. You would have to expose your service on the internet.

App Engine Flex works fine but, despite the similar name, App Engine Flex is a substantially different product and requires that you deploy containers.

Sometimes you may not wish to use App Engine Flex, because Standard has some advantages over App Engine Flex (for example, rapid scaling) which you may wish to leverage.

Even with a normal in-project VPC, GCP Cloud Memorystore instances are always created inside a separate, Google managed, VPC and VPC-peering is transparently created in the background.

It’s not quite as easy when a Shared VPC is involved because you will need to create a “private services access connection” in your Shared VPC. Essentially, this means you need to run a command which allocates an internal IP address range within your Shared VPC which will be used by the Cloud Memorystore instances. This requires some networking know-how and you may need your network team to help you with this step if you don’t have permissions to the Shared VPC host project.

It’s worth mentioning here too that Cloud Memorystore is a good example of a product which wasn’t compatible with Shared VPC when it was first released. It seems like new products often only work with project VPCs upon first launch so if you want the most bleeding edge new products that’s something to bear in mind too.

However, you can deploy a GKE cluster in a “normal” project VPC with one command so it’s fair to say the Shared VPC deployment does involve significant extra complexity. The GKE cluster service accounts will need various permissions in the Shared VPC host project to enable the cluster to function.

Kubernetes users are familiar with being able to deploy, say, an Ingress resource and have the Kubernetes cluster itself magically create the required cloud resources in the background (for example, a cloud load-balancer to facilitate the inbound internet access for the ingress). The issue here is that allowing inbound internet access requires some firewall rules to be created in the Shared VPC.

If you create an Ingress but the GKE cluster doesn’t have permissions to create an Ingress Load Balancer then GKE will log an error event every few minutes which contains the exact gcloud CLI command an administrator of the Shared VPC would need to run in order to create the required firewall rules – very useful.

This works by defining a “perimeter” around projects and resources and restricting access to anything outside of that defined perimeter.

However, I will not go into detail here but instead refer you to this excellent blog post [5] which describes the issue along with a suggested workaround.

I hope that was some useful information for people thinking of deploying Shared VPC in Google Cloud!

I hope I have illustrated that Shared VPC is not a free lunch and that you must make sure that the trade-off is worth it for your organisation.

MakeCloud is a DevOps and cloud consultancy based in London. Please feel free get in touch if you have any questions about Google Cloud, AWS, DevOps, etc.

Get our insights direct to your inbox.

MakeCloud named as a supplier on CGS G-Cloud 12

We’re very pleased to announce that we have been named as a supplier on Crown Commercial Service’s (CCS) G-Cloud 12 framework.

END_OF_DOCUMENT_TOKEN_TO_BE_REPLACED 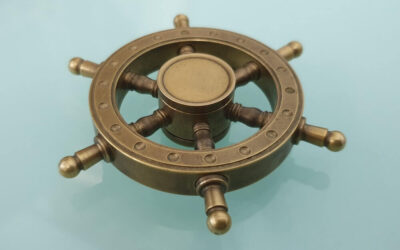 What is GKE Autopilot?

Google have introduced GKE Autopilot. Here we dig into the release and break it down for and you explain the details.